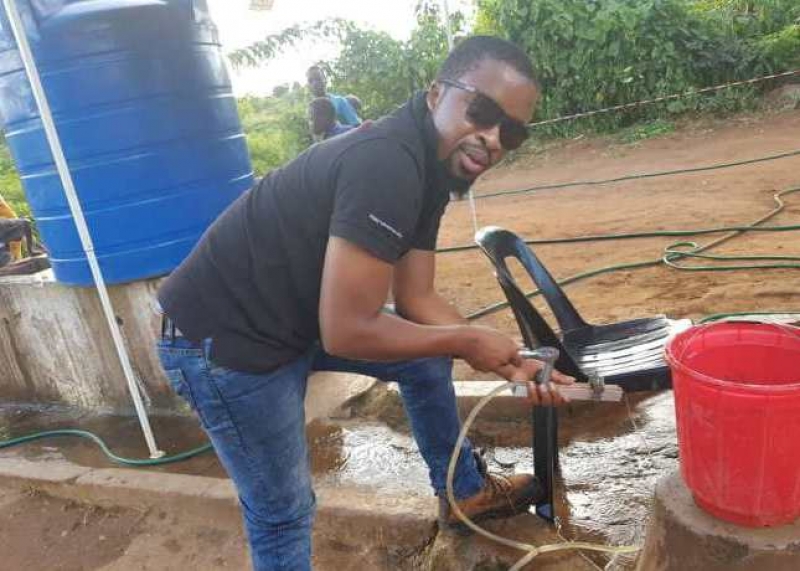 Patrick Makuluni is a lecturer in the Mining Department of the University of Malawi, the Polytechnic and he is participating in a scientific research known as ‘Hidden Crisis’, under a project aimed at Unlocking the Potential of Groundwater for the benefit of the poor (UpGro).

Makuluni holds MSc in Mineral Exploration and Mining Geology from Curtin University in Australia and BSc in Civil Engineering from University of Malawi, the Polytechnic.

Recently, the scientist published a paper showing how to recognise where sediments (the exact piece of rock) are coming from by using the geometrical properties of the sediments as opposed to the more expensive methods that have been used previously.


Q.    How did you know about the UpGro project, and how did you join the team?

I was recruited by the Principal Investigator for the Hidden Crisis Project, Professor, Eng. Theresa Mkandawire. By then, September 2017, I was just coming into Malawi from Australia where I was doing my MSc in Mineral Exploration and Mining Geology. This was after data collection of phase one of the UpGro project had just been completed.


Q.    In which UpGro study are you working on in Malawi?

I am the team leader for the physical science team of the phase two of the Hidden Crisis Project in Malawi. The study project seeks to completely understand failures of water points and how to keep water flowing from boreholes to reduce waste and thus improve water services for Africa’s poorest communities.


Q.    What are the early findings of the study?

Some of the early findings of the study include the following: Functionality of boreholes in Malawi has been affected by theft and vandalism. This comes in because of lack of proper security principles from the borehole users and other factors beyond their control.

Poor water quality in some boreholes has also led people to stop using such boreholes and look for alternative sources.

Q.  What new lessons have you learned through this study?

I have also learned to persevere during hostile conditions while making sure that goals of the project are being achieved. More importantly I have gained a lot of technical skills including hydrogeological skills, field water chemistry, pumping and recovery tests and those involving groundwater and community water point management. I have also gained research skills.


Q.    How has the UpGro work impacted on your teaching career?

Teaching/lecturing in college goes hand in hand with research. Thus, research is a vital component in every lecturer’s career and Hidden Crisis Project has improved my research skills and increased my desire to publish more. The data we have gotten from this project will be available for research and publication of various papers which I intend to be part of.


Q.    What message would you give to your students based on this project?

In the mining industry, areas that have not been explored properly or thoroughly are called “Green Areas/fields”. So, the message to my students is that ground water in Malawi and most of African countries is a green field. There is more that people do not know about ground water, additionally, groundwater has the potential to reduce water problems and poverty in Malawi thereby ameliorating living standards. More research is needed in this area


Q.    What areas do you think may need further study in regard to unlocking the potential of groundwater?

Q.    What are your future plans beyond UpGro project?

I want to pursue my PhD and continue with more research

Patrick was one of the UPGro Early Career Researchers that presented their work at the 41st WEDC Conference at Egerton University, Nakuru Kenya (9-13 July 2018)