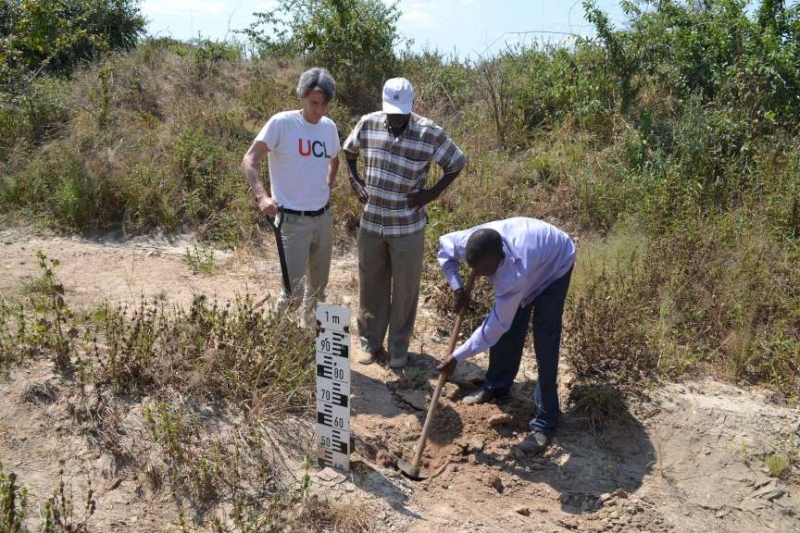 ADDIS ABABA, Ethiopia (PAMACC News) - Delegates at the Africa Climate Risks Conference have been informed that groundwater is more resilient to extreme climatic conditions especially in arid and semi arid areas, contrary to earlier beliefs – that the resource was vulnerable to the changing climatic conditions.

“Through a project known as Groundwater Futures in Africa, we analysed the relationship between climate change and variability and groundwater in 14 sites in Africa,” Martin Todd, a Professor of Climate Change at the University of Sussex, Department of Geography.

“What we found is that in arid regions, there was episodic recharge, which occur mainly as a result of intense storms that happen every few years, and sometimes even in years of low total precipitation,” said

This, according to the scientist, it means that climate plays a dominant role in controlling the process by which groundwater is restocked.

Generally, it means that extreme periodic flooding is what recharges aquifers in such arid and semi arid areas, providing a lifeline and livelihoods for people who depend on groundwater in such areas.

The findings, which have since been published in the Nature scientific journal contradicts the Fifth Assessment Report of the Intergovernmental Panel on Climate Change (IPCC), which states that ‘climate change over the twenty-first century is projected to reduce renewable surface water and groundwater resources significantly in most dry subtropical regions, intensifying competition for water among sectors.’

According to Prof Todd, groundwater is generally overlooked in terms of climate impact, and it is also an overlooked resource in Africa and underutilised compared to other continents.

“With the rapid population growth and quest for development, there is going to be huge demand on water resources, and therefore we expect that groundwater is a resource that will be heavily developed in the future because climate change and variability is going to place increasing threat to surface water,” he said.

The new findings from the study, which was supported by the United Kingdom research councils (Natural Environment Research Council, Economic and Social Research Council and the Engineering and Physical Sciences Research Council), the Department for International Development (DFID) and The Royal Society also highlight the need for improvements in models of climate and hydrology.

The report indicates that climate models that can better predict the variability and intensity of precipitation events at the local scale, as well as the large scale, would allow hydrological models to better represent replenishment processes.

Given a fact that extreme floods can be predicted up to nine months in advance, the researchers say that there is a possibility of designing schemes to enhance groundwater recharge by capturing a portion of flood discharges via a process known as Managed Aquifer Recharge.

According to the British Geological survey, successful and sustainable development of groundwater resources in Africa is critical for future safe water supplies, economic growth and food security in the continent.

The findings have come at a time several cities across the continent are beginning to exploit the groundwater, which has for long been considered a hidden resource.

So far, groundwater plays a central role in sustaining water supplies and livelihoods in sub-Saharan Africa due to its widespread availability, generally high quality, and intrinsic ability to buffer episodes of drought and increasing climate variability.

Given the drying rivers and streams, and unpredictable rainfall patterns, groundwater is likely going to be a golden resource in Africa’s rural communities both for domestic consumption and irrigation.