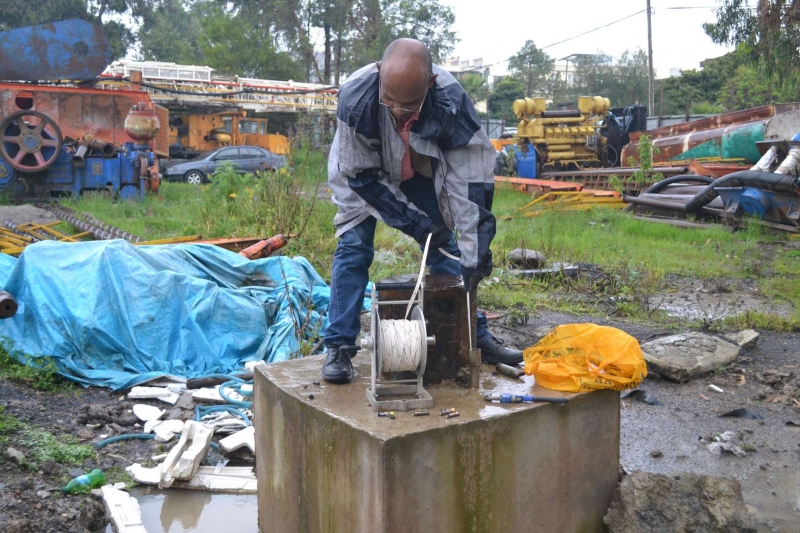 A hydrologist measuring the water table in Addis Ababa, Ethiopia