WATER FINANCING: Only countries with professional rural water projects will benefit from AfDB 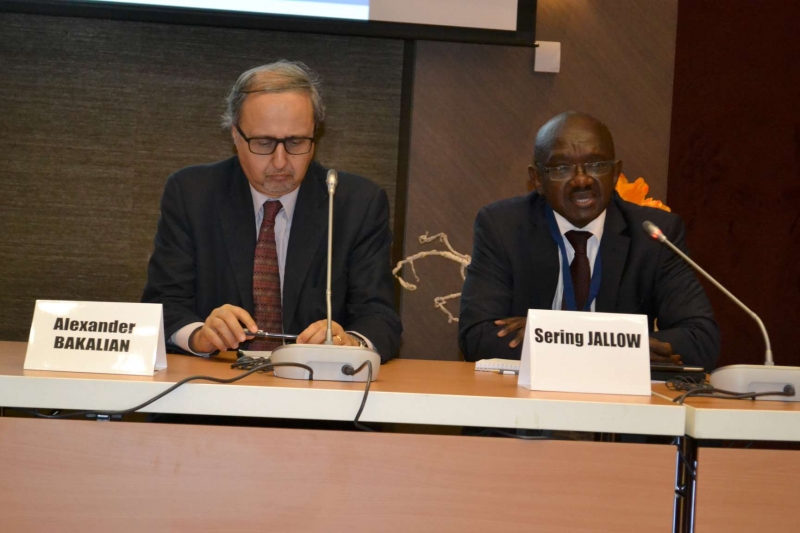 ABIDJAN (PAMACC News) - African governments will be forced to come up with rural based water and sanitation projects with clear infrastructure for management and maintenance, if they have to benefit from the African Development Dervelopment Bank’s kitty for rural water supply.

Speaking at the Rural Water Supply Network (RWSN) forum in Abidjan, Sering Jallow of the African Development Bank expressed concerns that many leaders in African countries usually prioritise projects that are politically beneficial, thus, ignoring important projects that would benefit people on the ground.

The bank runs a project known as Rural Water Supply and Sanitation Initiative (RWSSI), which supports rural water and sanitation projects and programs with funding for investment operations, strengthening of sector processes and systems, as well as through advocacy and knowledge building.

According to the latest report, the Bank among other development partners disbursed a total of 35.5 million Euros through RWSSI to support water and sanitation projects in Uganda, Sudan, Guinea, Liberia and Sierra Leon by 2015.

However, the bank now insists on projects that can be sustained for a longer period.

“There is need for policies, but also, there is need for adequate capacity for implementation and management with involvement of rural communities and the private sector,” said Jallow.

He pointed out that poor management of water and water resources especially in rural areas often leads to fragility. And such fragilities, he said, are always an impediment to development. “There is clear evidence that countries that had conflicts did not achieve the millennium development goals,” he told the water and sanitation forum.

Alexander Bakalian, World Bank Sector Manager for Urban Development and Services in the Africa Region pointed out that there was need to professionalise water access services in rural communities.

He observed that many governments prefer investing in urban areas where there are many engineers, but are reluctant to take similar investments to rural areas fearing lack of expertise.

“We need to understand that poor people live in rural areas. So if we have to address poverty, we must focus on rural communities,” he said.

The RWSN forum brings together over 500 people from different sectors to share ideas, learn from each other’s experiences so as to make water available to all, at least by 2030.