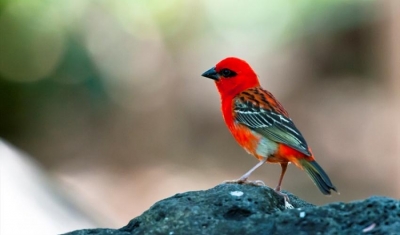 GENEVA, Switzerland (PAMACC News) - Experts at the 2020 Global Biodiversity Negotiations in Geneva have slammed particularly developed countries for lacking the will to stem the tide of biodiversity loss, which threatens up to one million species with extinction within decades.

According to Brian O’Donnell, the Director of Campaign for Nature, the progress with the negotiations has been painfully slow, and the level of ambition with financing remains woefully inadequate.

“Unfortunately, the negotiations in Geneva have not reflected the urgency that is needed to successfully confront the crisis facing our natural world," said O’Donnell.

However, he noted that there is emerging consensus in support of the science-based proposal to protect at least 30% of the planet’s land and ocean by 2030, which is encouraging. As well, , there is growing recognition of the need to better safeguard the rights of Indigenous Peoples and Local Communities, who must be central to achieving the world’s biodiversity goals.

In the same breath, the activist pointed out that there remain serious challenges that will require renewed leadership from governments around the world. "In order for any deal to be meaningful, donor countries must commit to far more ambitious financing targets, and all world leaders will need to more clearly demonstrate that addressing the biodiversity crisis and finalizing a global agreement at COP15 is a priority for their country and for the planet,” said O’Donnell.

While this year's round of negotiations was designed to be the last before a global biodiversity agreement is finalized at the Convention on Biological Diversity’s (CBD) fifteenth Conference of the Parties (COP15) in Kunming, China, the overall lack of progress has bogged down the process with too many unresolved issues, requiring another in-person negotiation to be held in June (21-26). The COP15 is scheduled to conclude in September, almost exactly two years after it was initially planned to occur.

Despite these challenges,the meetings in Geneva delivered some positive progress, including on the proposal to protect at least 30% of the planet’s land and ocean by 2030. The following are several takeaways from the Geneva negotiations and the issue that must be resolved in the weeks and months ahead.

Concerns and Issues that Must be Addressed: